29 photos
These illustrations are a form of satire that date back hundreds of years.
The grotesquely over sized heads with hideously exaggerated features accentuating the mannerisms of the subject.
Well.... what a load of nonsense that was!
Basically, they were caricatures to illustrate a weekly column titled "Neighbours from Hell" It was a humorous, satirical look at Tony Blair and Gordon Brown as neighbours. With their maddening quest for power and one-upmanship. There where many, many other characters that drifted in and out of the story line from week to week. Even the dalai lama made an appearance. The column lasted over four years under john kampfner as editor of the new statesman and reached its conclusion with a glorious blood bath type massacre worthy of Quentin Tarantino film which I'm afraid I can't show here. I will send you the image if you email me a request.
Here are just some of those images.
© The MEDIA OBJECTS 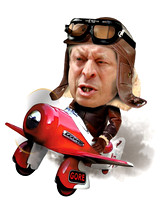 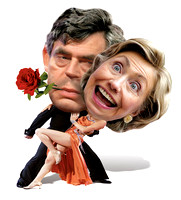 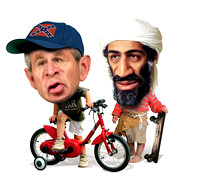 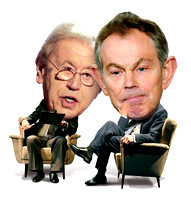 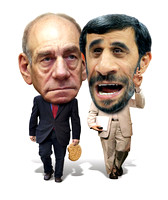