212 photos
Christ almighty!
Looking at these again takes me back. Its like reading the memoirs of a burns victim. The work then was very hard as some of the images were created with much, much earlier versions of Photoshop. Some were made in versions of photoshop without layers (we are talking version 3). Photoshop aficionados will understand what I mean.
I could tell you a story about each and everyone of these images. I was very new to the game then, and not strictly speaking an illustrator yet.
I was an IT manager, and not a terribly good one at that.
plucked (or saved, I like to think) from computer maintenance and software upgrades by the then New Statesman art editor David Gibbons (an old news paper man and no stranger to hard work himself). Desperate to get out of IT I would constantly show David the odd little things I had learnt in photoshop, cutouts, basic montage and the like.

My big break came when an illustrator let David down badly on a commissioned cover just hours away from the press deadline.
Whilst trying to re-code win.ini files and pulling paper from a jammed printer I got a firm tap on the shoulder. "Can you help out" was all he said and my working life changed from that moment on.
I have been designing and illustrating ever since. That's going back some 15 years now.

If Mr Gibbons was my mentor then Mr Michael Rand was my guru. Quite literally.
Michael (pictured in the photo gallery, see index) was an extremely knowledgeable and highly talented art director from the old school of publishing. He covered everything from the NASA moon landings right through to Idi Amin's exile.
A stunning giant of a man, with a ploom of long white hair and a beard to match.
His claim to fame was the Sunday Times Magazine, which he pretty much invented back in the 60's. It won him a string of awards and great notoriety, and it still does.
Google it if you don't believe me.

Mr Rand became the New Statesman's cover consultant in 1998 and left us in 2005.
His shoes where bloody hard to fill, almost unfillable actually.
With David, Michael and myself working on the covers week after week it seemed only at matter of time before our own awards would start to roll in. And how they did. I was living the dream all right.

My favourite accolade was the MDA (Magazine Design Awards) for front cover of the year 2004, we beat over 60 thousand other mags for the title from all over the world (rubs finger nails on jumper, looks at polished fingers smugly).

Anyway, enough of the rant....

Here are earlier examples of montage illustration, and once again its mainly for the New Statesman, however, there are odd bits and bobs for other magazines and companies, and not all of it is strictly montage, there is some drawing, painting and all sorts thrown in for good measure.
I hope you enjoy the gallery, I had years of fun and toil making all those images. Some I lost sleep over, and some just seemed to make themselves.
Thanks for stopping by. 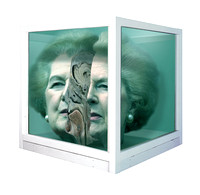 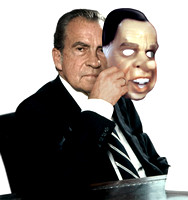 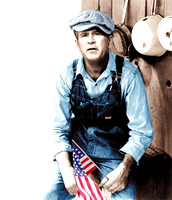 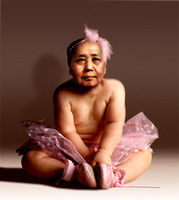 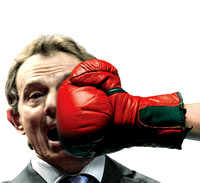 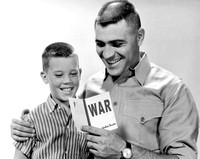 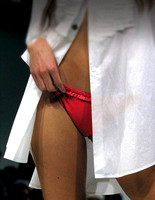 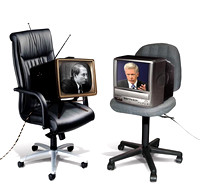 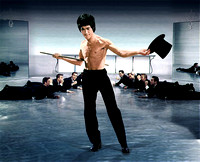 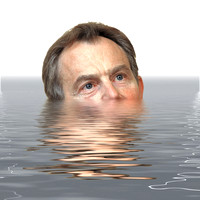 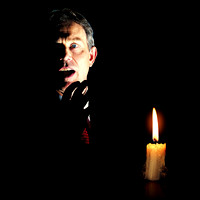 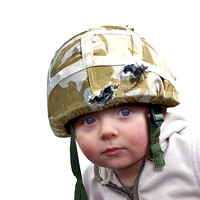 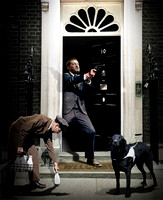 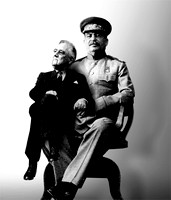 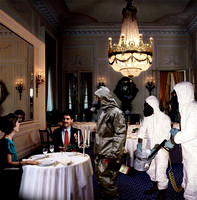 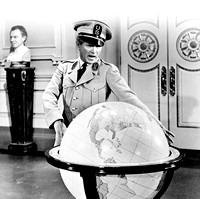 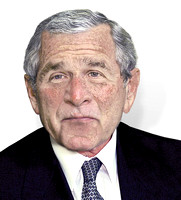